Life on the Web can be a lot of fun and simultaneously a lot of frustration. The following Copywriter’s Roundtable article, while structured in a way to help Web marketers (especially writers of copy) improve our earnings, provide some insights into why some marketers fail to accomplish their objectives. Without further ado, here’s the article:

“Inventions reached their limit long ago, and I see no hope for further development.”
– Julius Frontinus,
writing in the 1st century A.D.

Oh ye who suffer the embarrassment of “non-creative-osis,” fear not. Because science may have your cure. Six cures, in fact. Or so says Professor Paul Thagard, author of the steamy-sounding book “Hot Thought.”

Thagard wrote the book for scientists, to help them come up with better, bigger, more creative ideas. But he makes the point in Psychology Today that pretty much anybody could “learn” to be more creative, using the same steps.

Turning words into sales is a major part of the copywriting objective, and Content Marketing Magic can get you started on the road to success in marketing with any content type.

Let’s take a look at them here, and I’ll show you how they might apply to… oh, say, copywriting. Ready? (Keep in mind, these are Thagard’s steps. I’m just interpreting them. I want to be sure to give credit where it’s due, right up front.)

This is an easy one. In fact, I’ll always tell you up front. Creativity is rarely about actually “creating” anything out of whole cloth. Rather, it’s more often the artful connection of two things that already exist. Often, it’s two things nobody thought to connect before.

You might, for instance, merge straight sales letter copy with magazine… dime novel… or basic video formatting… and end up with the magalog, bookalog, or video promo. Each happened, exactly that way. And each was a giant breakthrough.

Because you never knew where that little something “new” will come along to form a groundbreaking bond with work you’re already doing or ideas already taking shape in your mind.

Thagard says good scientists learn to spot their own mistakes, learn from failure, and learn to love the unexpected result. And it’s a good thing they do, or we’d never have things like penicillin, safety glass, or Teflon pans — all discovered by mistake.

The biggest lesson for us? When your market tells you something’s not working, let it go. No matter how much you love(d) the idea.

GENUIS JUICE STEP #3: Stick to it.

Focus, says Thagard. Follow a process that let’s you focus hard on the problem you’re trying to solve, soup to nuts. And I promise you, any copywriter worth his or her salt couldn’t agree more. Frankly, in 20 years of doing this I’ve had many different “systems” for getting copy done. Or maybe I should say, I’ve had many variations on one system.

If I had to simplify, it’s Gather, Steep, Write, Revise, Submit. As in, I spend the first stage gathering as much insight, input, and information on what I’m selling as I can. Then I soak in whatever I’ve found until I can’t help but write it out in copy form. I fit this together, revise it, and then send it in. Usually more revision follows. The longer version includes outline templates, specific sources I go back to often, questions I always ask in the early meetings, and so on.

Point is, even the most creative breakthroughs often spring from time-tested formulas. You need to have a way of working through a project that works for you. And you need to apply it faithfully, almost obsessively, until it no longer serves you.

If you don’t care, you can’t create. Or so Thagard warns scientists. Passion matters, regardless of what problem you’re trying to solve.

Way back when, one of my mentors told me the same. “You can’t sell stuff you don’t find worth selling. Not well, anyway.” I’ve never been able to prove him wrong, and wouldn’t want to. But I’ll go one step larger. I’ve never met anybody “creative” who isn’t also intensely curious about something… or even everything.

If you want to be more creative, you’ve got to tap that desire for discovery.

That is, per Thagard, be sociable. Good scientists seek out other good scientists. They talk, they share, and they study each other’s success.

Much as writing seems like a lone venture, sometimes the opposite is true. To get inspired faster, shape bigger ideas, and write better… get out and circulate with the other makers and shakers in your industry.

Get on copywriting forums and talk to each other. Go to events where other copywriters hang. And don’t skimp on the social time, because you’ll be surprised sometimes at how much it can matter.

Before you start writing alone, work with a choice team — maybe with members you hand pick for their powers of input — to better gel your message. Not only will you get others to do a lot of key ground work for you… you’ll build consensus and support for your writing project early, too.

CEREBELLUM STORMING STEP #6: Use your world.

For a lot of scientists, the world is their laboratory. In marketing, we talk a lot about our “universe” too. A copywriters’ “universe” is the whole of his target audience. And it pays, in that context, to know as much about that universe as possible.

For instance, what other products do they buy? What do they care about? What do they do for fun and what keeps them up at night? What are they scared of, passionate about, or hungry for? For some “creatives” it sounds counter-intuitive to look outside of themselves for the best ideas.

Yet, that’s often exactly where you’ll find inspiration just laying around, waiting to be found.

So how about it?

Does Thagard’s steps at least get you thinking?

HOW TO BREAK INTO “SIX-FIGURE” COPYWRITING

America’s top copywriter reveals how you can sell your copywriting services to bigger, better clients… and collect fatter fees. What’s more, you can start doing it this month…

for an increase in your personal income that could total as much as $100,000 to $200,000 for the year. And all it takes is knowing better how to sell your services to better clients, at rates you’ve always known you should charge.

While we’re at it, with the tricks and quirks of psychology, here’s a little something else from a muser on creativity, Michael Michalko.

Michalko, author of Creative Thinkering and other books of the same ilk, makes the point that we develop “thinking patterns” over a lifetime.

Those thinking patterns are like ruts in a dirt road or grooves in a block of ice. That is, we use these patterns to unconsciously organize information as it comes in.

In copywriting, this is why it pays so well to be original. Because original messages defy instant categorization, where they might otherwise drown in a pool of similarity. To show how these unconscious brain patterns work, Michalko suggests you try a few “brain games.”

For instance, by adding only one letter to fill in the blank, turn “_any” into a new word.

For the first one, did you come up with “many?” Most people do. But the second, which could be “deny” was tougher. Why? Because your brain gets stuck looking for the pattern, where it wants the “_any” and “_eny” words to rhyme.

Great, now immediately think of a number between 12
and 5. Write it down.

Good. Now say the number “6” as many times as you
can over the next 10 seconds.
Quick, think of a vegetable. Write that down too.

Write down the name of a country that starts with
that letter.

Take the last letter of the country name and name
an animal that starts with that last letter.

Last, take the final letter in the animal’s name…
and pick a fruit that starts with that letter.

Write that down too.

NOW… what are the chances that the number you
picked at the beginning was “7”… that the
vegetable you named was a “carrot”… and that you
ended up picking Denmark as a good place to find an
orange-eating kangaroo?

It turns out the chances are pretty good indeed.
Pretty cool, eh? Who would have thought that your
wild and wooly brain was so predictable? 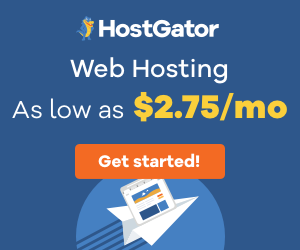 THE MISSING LINK: Learn Just About Anything, Fr*e

I love your blog.. very nice colors & theme. Did you create this website
yourself or did you hire someone to do it for you? Plz respond
as I’m looking to construct my own blog and would like to know where u got this from. thank you

Good-faith business begins with a smile and a handshake!

These FREE informational products are reserved for visitors and supporters of this site, and you now have access to them all based solely on your visit today. Thanks!